EGE-Elektronik Special Sensors GmbH has been developing and manufacturing special-purpose sensors for automation applications since 1976. The company serves leading international producers from a wide range of industries. Its product portfolio includes flow controllers, infrared, Opto and ultrasonic sensors, capacitive proximity switches, light barriers, and inductive proximity switches.
EGE Elektronik also provides sensors for highly sensitive applications, e. g. hazardous areas. The development department`s highly qualified staff cooperates closely with all customers, ensuring continuous product updates and enhancement.
EGE has been a pioneer in the field of flow control and an innovator and decisive participant in the development of today’s globally utilized thermal flow controllers. The in-house EMC and test laboratories ensure that all inspections and tests required for permits and conformity certificates are carried out quickly and reliably. Product quality is guaranteed with a continuously monitored quality management system in accordance with EN ISO 9001:2000.

The thermal flow controllers by EGE can be used wherever flows have to be monitored. The standard one-piece sensors are made from the very durable V4a stainless steel (DIN 1.4571). For especially aggressive fluids, EGE manufactures sensors made from special materials such as bronze, Hastelloy, titanium or even PTFE. EGE flow controllers are reliable units for the automation industry, chemical industry, and wherever flows have to be monitored in a safe, robust and low-maintenance manner. 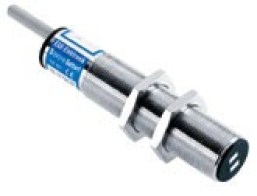 without moveable parts are available in various versions and are extremely resistant to soiling. Capacitive level controllers are available for gases to -200 °C as well as hot glue-up to +230 °C. PTFE and PEEK are here the preferred materials because they prevent adhesions. Opto fill sensors with glass or PSU tip do not require a medium adjustment and are simply added to the tank.
These sensors are also available as explosion-proof units in accordance with ATEX. Ultrasonic sensors, pressure controllers or the capacitive high-temperature measuring probe KFA continuously monitor and log fill levels level CONTROLLER

EGE offers special inductive proximity switches for special applications. The focus is on TROPICAL switches which exceed IP 69K with a temperature range up to +120 °C and is optimally suited for corrosive environments. High temperature switches up to 160 °C are also offered. Other hot area sensors can be used in temperatures up to 250 °C.
The lower end of the temperature scale is at -60 °C and applies to the POLAR switches. Large switching distances up to 170 mm and sensors resistant to rolling oils made from PTFE, PP or PEEK are also available for the food industry. Intrinsically safe Ex-classified sensors according to ATEX and compact dust-EX and gas-EX sensors complete the product program.

Capacitive proximity switches are available as IP 69K sensors up to 90 °C and well suited for corrosive environments. High-temperature switches for temperatures up to 200 °C are available as well. Large switching distances up to 120 mm and sensors made from PTFE or PEEK, especially well-suited for the food industry, are also part of the product program. These special sensors are also extremely resistant to chemicals. Analog sensors determine distances. EX-proof sensors in accordance with ATEX are available as dust-EX and gas-EX sensors.

Here you will find cross-section converters to control the edges of bands or detect band interruptions as well as high-performance photoelectric barriers and reflex sensors for large distances.

Infrared detectors are used wherever and whenever temperatures have to be monitored and conventional sensors would fail due to excessive heat. EGE infrared detectors are characterized by an especially robust, industrial design and construction that protects the unit from mechanical stresses.
The units are built in accordance with IP 68 and are thus waterproof up to 3 bar and resistant to high-pressure cleaning methods as well as temperature and climate fluctuations (IP 69K). The fiberglass optic is designed for the most extreme environmental conditions and can withstand temperatures up to 250°C, special version versions even up to 500°C.

EGE ultrasonic sensors for contactless measuring of distances are robust in design and waterproof (IP 67.) They are available for switching points from 10 to 3500 mm and are programmable as well

EGE’s programmable temperature sensors feature a compact design and two switching outputs or one analog output. The easy-to-read digital display depicts the temperature to an accuracy of one position after the decimal point.

EGE pressure sensors feature a flush aluminum ceramic gauge head and are thus suitable for monitoring pressures and fill levels of even polluted and viscous media.

EGE metal detectors are reliable and robust. They are designed for outside applications in harsh climates. The metal detector System 3000 is designed to detect medium-sized and larger parts. The system has a very effective sensitivity setting. Together with the amplifier MU 3300, it responds to medium-sized parts such as nails, nuts or pieces of flatware when setting to the highest sensitivity setting.
Together with the amplifier MDV,  it only responds to larger metal parts such as the teeth of an excavator shovel, equipment or tool parts or paneling. Such parts could damage stone-crushing machines, vibratory equipment, or wood-chipping machines.

When used in this manner, the metal detector is suitable for protecting machinery by preventing that larger parts interrupt the operation of the equipment. It detects metal during bulk material transport by means of contactless measurements.
The product range of EGE Metal Detector:

EGE provides a broad product range of sensors for gas EX-areas. EGE gas EX-sensors are intrinsically safe and are therefore operated with an external EX amplifier (Zener barrier, isolating switch amplifier), which limits the amount of energy that can be brought to an EX environment (Zone 0 or Zone 1). The switching units are either set up outside of the EX area or can be operated in Zone 1 (example: SS400 Ex or SF3).

To monitor fill levels, EGE supplies devices suitable for aggressive or corrosive media and high temperatures up to 195°C (in temperature class T3). Flow controllers for use in the chemical industry are made from stainless steel (V4A / 1.4711) or different special materials such as Hastelloy or titanium so that they are also suitable for aggressive media.
The inductive proximity switches feature N+N technology (type Namur)

EGE manufactures proximity switches and flow controllers for areas at risk for dust explosions. They are operated with a separate switching unit (Zener barrier / isolating switch amplifier) and are approved for use in Zone 20 or Zone 21, which means in areas with an almost always or frequent atmosphere subject to dust explosions. 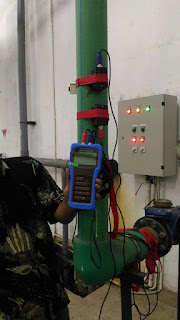